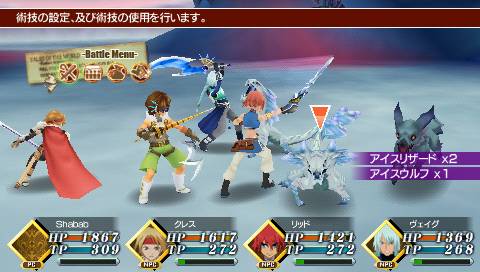 DescriptionTales of the World: Radiant Mythology 3 is a Role-Playing game, developed by Alfa System and published by Bandai Namco Games, which was released in Japan in 2011. English Translation info:(This patch translate the menus not the story)Patch version is 1.02 GameplayLike previous installments in the Radiant Mythology series, the player character will be capable of changing job classes by talking with this game’s Guild Leader. Some job classes have special requirements in order for them to be unlocked, and players will have to expend grade points in order to transform into them.