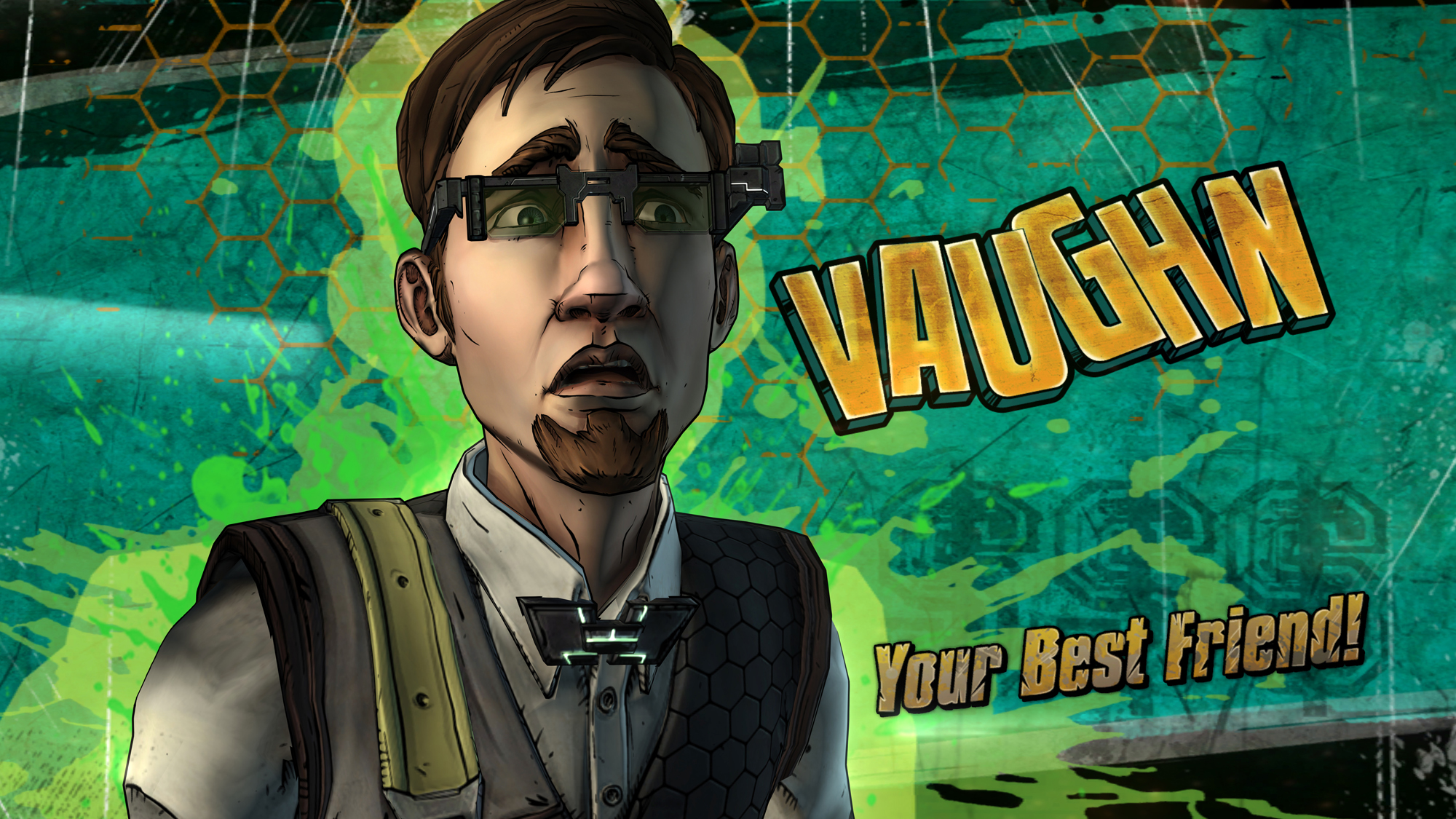 So, a lot of people keep saying 'choices don't matter, TT sucks'. Arma requirements pc. Well, in this game, they do matter.

Tales From The Borderlands was the first Telltale game to have determinant romance options. The second is The Walking Dead: The Final Season There are a few unused dialogue options that would have made the Rhys and Fiona romance option more prevalent in the series.

Not in a plot changing way, but think about it like branches, A to C or B to C? And they're different. Here's a wall of text about the branches/choices I wrote:In EP2, you can change how your caravan looks and it carries till EP4 so far.

Also, you can go to Old Haven or Hollow Point which changes how things play in the Fiona and Sasha parts, if you went to Old Haven, during the Fiona and Sasha chase with Athena instead of Loaderbot saving them from her, Fiona will use one of Felix's home made grenades (it was like a flashbang I think) then run away, she'll go to Scooter's garage and then you meet Janey in Scooter's garage which makes Athena go back normal and you can tell Janey that Athena was chasing you (which changes dialogue if you did in EP3). Also you get to activate the Gortys building before Fiona and Sasha come with you. (which leads to Rhys and Vaughn being captured and Fiona and Sasha going to Old Haven after they got captured, trying to save Vaughn and Rhys from behind but fail anyway). If you go to Hollow Point as Rhys, instead of a Felix homemade grenade to run away from Athena as Fiona, Loaderbot comes and throws Athena away, Sasha and Fiona then go to Scooter's garage with Loaderbot and they find Scooter arguing with Rhys and Vaughn because they told him they own the caravan, also because they're Hyperion. Fiona and Sasha come in the garage and settle things, they go to Old Haven and then activate the building.In EP3 depending on your ending choice of EP2 you have 2 different starts, if you Trust Jack he moves the platform that Rhys and Fiona are standing on up and then you can shoot Vasquez's arm off or just shoot August through the robots. Also you get a pet robot from Jack who Rhys calls 'Dumpy'.

Also Vaughn won't get zapped by a robot and he'll be there talking for the whole episode. If you Trust Fiona, Fiona and Rhys go down a ladder from the platform and walk their way through to their friends. And Vaughn then gets zapped by a robot which makes him unable to talk and unable to close his eyes for the half of the episode until you cure him with an Antidote thanks to Cassius who you meet later. Also cosmetic changes that can be bought with money in EP3 for Sasha, Fiona, Vaughn, Rhys and Loaderbot in the Dome before Cassius shows up. (Which carry on to EP4).In EP4, if you didn't try to stop Athena from killing Cassius he'll give Vaughn up for Vallory and you have a bit of screentime with him, and also a choice to tell him to try to escape, or play it safe till the group is back.

If you tell him to escape after you collect Vasquez's body and ask Kroger / Finch where did Vaughn go, they'll say he bit them and then ran away. If you told him to play it safe and stay he'll just stay as hostage with Vallory. Also, you can tell the girls about Jack and it has effect on the rest of the episode in terms of dialogue a lot. In Helios, if you trusted Jack in the end of EP2, you'll have Dumpy who you can use to stun Yvette. And you have the 2 different endings about Jack and depending on your choice the whole tone of the ending is drastically different.In EP5, you have the 2 different starts due to the EP4 ending scene which branch out later, if you also trusted Jack in EP2 but Rejected Hyperion in EP4, Dumpy will help you get out of the chair, and die:(. And you can also save Yvette or just leave her to die in Helios. If you save her, she'll help you throughout the episode and she survives till the end with extra dialogue.

Also depending on your EP4 ending choice, Sasha can hug you instead of Vaughn. And you have the whole 'vault hunter team' thing where every member you choose have a scene made for him/her in the last boss fight. Also, the members you recruit talk with each other.

Janey and Athena, Claptrap and Athena with Janey, Cassius with Claptrap, Cassius and Rhys, Zer0 and Fiona with Rhys, August and Vaughn, etc.Only EP1 is where the choices don't matter that much, but this game is pretty amazing at handling choices. Sure, it's not story changing, but the branches are pretty different and that gives the game replay value.:). Yes,they did a good job with choices,my favourites are the different gameplay in the start of ep.3 (trusting fiona makes it,well,not hard,but you have to manouver a bit, trusting jack makes it very easy,as it should be,cause you're trusting the powerful man.

) and the different ep.4 endings,in one i started to sweat and the other it's like an happy ending,rhys that achieve his dreams,everything seems so perfect,even jack seemed nice in the 2nd endingalso choose your team was great,took into accoutn a lot of choices from ep.1,if you killed felix then in ep.5 'he's too dead to help':).nice one. Originally posted by:yes,they did a good job with choices,my favourites are the different gameplay in the start of ep.3 (trusting fiona makes it,well,not hard,but you have to manouver a bit, trusting jack makes it very easy,as it should be,cause you're trusting the powerful man. 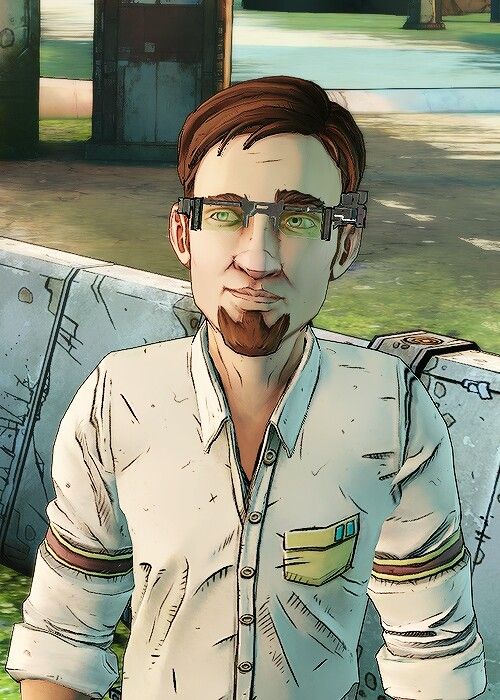 ) and the different ep.4 endings,in one i started to sweat and the other it's like an happy ending,rhys that achieve his dreams,everything seems so perfect,even jack seemed nice in the 2nd endingalso choose your team was great,took into accoutn a lot of choices from ep.1,if you killed felix then in ep.5 'he's too dead to help':).nice one. Yep I agree, my favorite was the choose your team part, pretty awesome! Originally posted by:Do branches really matter when on the end of those branches is another tree trunk they all connect back to?(didn't read topic, just topic title) The branches don't affect the main story/plot of the game, it just changes how things actually go.

Like from A to C, or B to C. And the branches in this game are actually pretty different, like let's say EP2's ending choice, it affects how you start the next episode and what actually happens to certain people (and dialogue), but the branches later in the episode connect. When you replay, it's not an entirely new game but you get to experience two sides of the episode that connect later. Also worth noting that if you only want to see certain scenes play out differently, there are 4 save slots and you can copy your first end game save and then use 'Rewind' to go back to a certain point along the 5 episodes and just replay the game from that point on the new copied save file, allowing you to not have to start over from the very beginning if you don't want to or don't think anything would have changed until a certain point. (Personally I restarted from Rhys failed neck break attempt near the end of Episode 1, and only started changing things at the point of (now) not killing Felix).