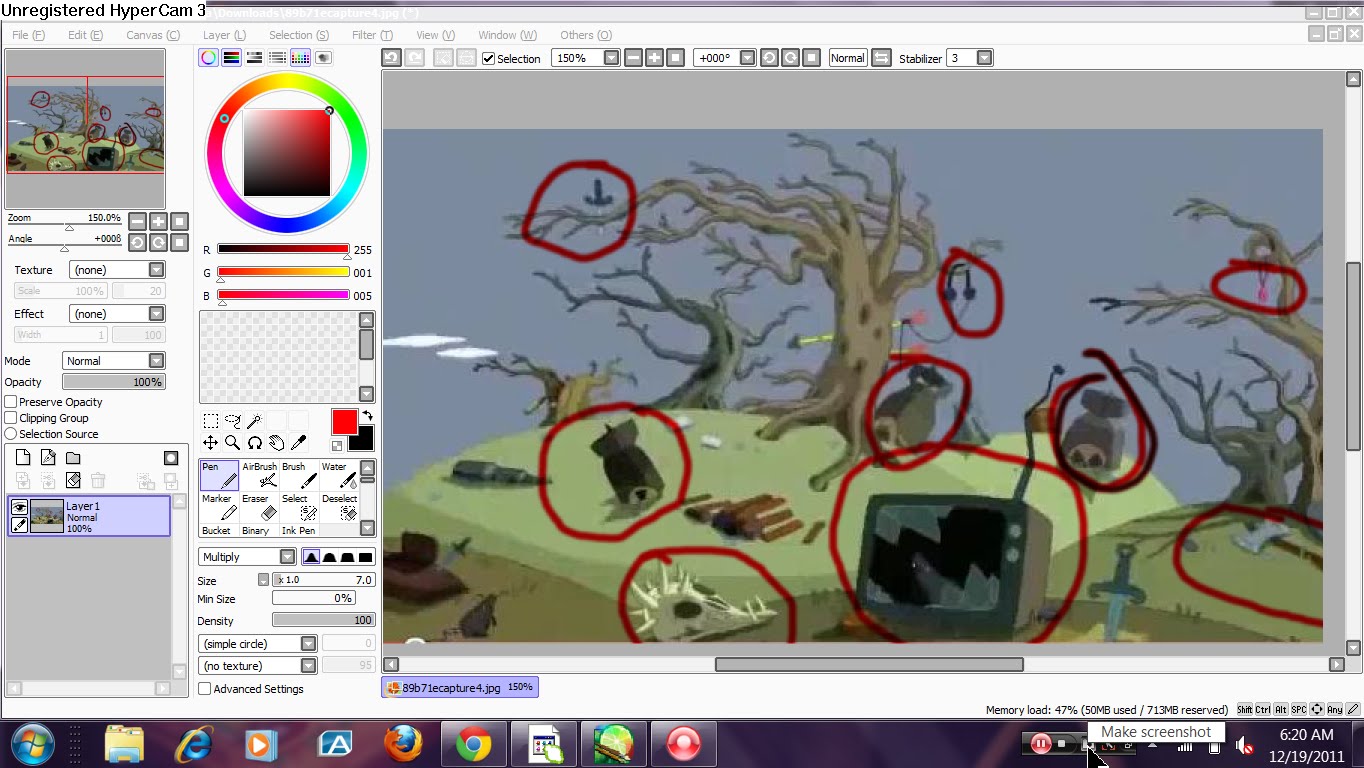 A new world has blossomed after the Earth was left without any vegetation. Mushrooms have now taken over the planet and have started a new war to expand their territories. The strong will conquer village after village, while the weak will sit back and watch how everything falls in front of them. Mushroom Wars 2 – Epic Tower Defense RTS is a cool strategy game that will allow you to test your tactics in different game modes. You can start a colorful campaign, join 2vs2 multiplayer battles or try your strength in Rating Games.

One thing is for sure, you will have loads of fun from the moment that you load this cool game on your PC. You will find that Mushroom Wars 2 is the type of game that will relax your spirit through the amusing theme songs that seem to have been brought out of a fairytale. The game combines real-time strategy with defense elements which will keep you hooked for hours.

You’ll see that there are many villages and structures on your map so you have to conquer them all to move on to the next episode. Morale will increase and decrease after each battle so make sure that you keep most of your troops alive. Heroes will help you in your conquest and you can activate their unique skills when you defend your territories or when you invade the next village. You can convert your villages into towers or forges for an extra boost, and when you Play Mushroom Wars 2 – Epic Tower Defense RTS on PC with BlueStacks, you can use the Keymapping feature to link upgrades, moves or skills to your favorite keys, to gain the upper hand.

Finish all the campaigns and episodes and don’t worry about battery power when you play the game from the comfort of your PC!

Finn and Jake were sitting on the couch playing a video game Beemo had created. The screen showed a plane with a nuclear symbol on it about to crash into a building. Demolition derby mod apk. Another nuke shot up into the plane causing a explosion which completely wiped out the playing field.

'Woo! You win again Jake.' Finn exclaimed. 'Man Beemo, this new game you made is awesome.'

'Yeah, but it's a little violent; don't ya think bro?' Jake stated.

'Well, yes Jake, it is a game based on the Mushroom Wars.' Beemo explained.

'Yeah stupid,' Finn shoved Jake, who laughed and shoved Finn back. Finn's face suddenly changed to curiosity as he put his finger to his chin. 'Hey Jake, what were the Mushroom Wars all about anyway, they didn't teach it when I was in school?'

'Well that was because when you were in school you were too young to know about that buiss- they teach stuff like that in high school.'

'You went to high school, so what were the Mushroom Wars all about, smarty pants?'

'Oh, um, I don't really know, but I went to an all dog school, we mostly studied the Rainicorn-Dog Wars.'

'Ok, so let's go to the high school in the Candy Kingdom to find out.'

The two got up and started to walk out the door, 'You coming Beemo?' Finn asked.

'Are you kidding? This game is sooo fun!' Beemo said turning the game back on, playing against himself.

Finn and Jake shrugged and went out the door.

At the Candy kingdom high school Finn and Jake walked through the halls. They passed Chet at one point, 'Hey Chet,' Finn said.

'Hey fellas, what are you guys doing here?' Chet asked.

'We wanna talk to one of your teachers about the Mushroom Wars.' Finn explained.

'Is there some sort of history teacher around that we could talk to?' Jake asked.

'You could ask Mr. Gumdrop, he knows almost everything about history.' Chet answered, pointing across the hall. Between two of the rows of pink lockers made of candy steel was a doorway with the words History Class printed on it.

'Thanks Chet,' Finn said walking towards the door with Jake.

'No problem,' Chet said, turning around to drink from the fountain, syrup coming from it.

Finn and Jake walked into the classroom. Sitting at a cluttered desk full of papers was a giant, red gumdrop wearing a blue shirt and tie. Mr. Gumdrop looked up and smiled, 'Oh, hello Finn and Jake, it is good to see you. I was just going over some notes on the Rainicorn-Dog Wars for my next class.'

'Oh that's cool,' Finn said not that interested, 'Hey Mr. Gumdrop do you know anything about the Mushroom Wars?' Finn asked.

'I'm afraid not Finn, all documents of the Mushroom Wars were burnt up back when they happened almost a thousand years ago.' Mr. Gumdrop explained.

'Hey, Marceline is a survivor of the wars; she should know something about them.' Jake said.

Over at Marceline's Cave Jake lowered Finn down into the hole that led to her house. They knocked on the door and Marceline opened it.

'Hey guys, what's up?' Marceline asked, letting the two of them into her home.

'Hey Marceline, Jake and I were wondering about the Mushroom Wars and what they were all about?'

Marceline's face fell, 'Oh, well Finn, those aren't really times I like to think about. My mom died in the Mushroom Wars.'

Marceline floated over to her uncomfortable couch. Finn walked over and plopped down onto the couch. 'Ow,' Finn quietly mumbled, running his butt from the uncomforting of the couch. 'Hey Marceline, I'm sorry, I didn't really think about how the Mushroom Wars must've affected you.'

'It's ok Finn. I lived because of my supernatural powers, but my mom was human so she didn't have any way to defend herself.' Marceline explained.

'So, what happened?' Finn asked.

'I'm not a hundred percent sure Finn, I was only about five or seven when it happened, and that was a long time ago. From what I can remember it was a war that happened all across the world. They used a lot of nuclear weapons which caused multiple mushroom clouds to ride up. When I was a kid I thought they were beautiful. One happened really close to where I used to live, and I watched it. When my walked into the living room and saw it she grabbed me and tried to rush us to our safe room…she didn't make it.' Marceline stopped there for a moment, chocking on her own words. Finn and Jake stared at her concerned. 'My dad came after that and took care of me. Even though he was the most evil thing that exists, he still loved me and my mom. He used to laugh at all of the death that the Mushroom Wars caused, but not when my mom died. Eventually the Mushroom Wars ended. Almost everyone died, and radiation caused most of the humans to mutate. The humans that didn't mutate were devoured by the undead and rainicorns. Honestly Finn, I'm really not sure how you exist.'

'So what ended the war?' Finn asked.

Marceline turned to them, 'The biggest Mushroom Cloud.' Marceline said with an odd face. 'Nuclear war heads from all over the world shot at one spot on the planet, causing a huge chunk to be blown off.' Finn and Jake stared horrified from Marceline's story. 'From that explosion caused radiation to spread all over the planet, killing almost everyone. It destroyed cities, evaporated ocean, sent a good portion of the world underwater. I'm sure you guys have seen plenty of that around.'

Finn and Jake thought for a second. Images of the Desert of Doom, the ocean, remains of buildings, and scattered bits of ancient technology flashed through their head. 'Whoa, I've never thought about where all that stuff came from before.' Finn said.

'Me neither.' Jake agreed.

'Oh man, I bet that's where Beautopia and the hyoomons came from.' Finn realized.

'Yeah, a lot of people went into hiding during the Mushroom Wars, but it still caught up to them eventually.' Marceline said.

'I didn't realize the Mushroom Wars had such a huge affect on the world.' Finn said.

'Yep, it basically shaped the Land of Ooo, and the rest of the world.' Marceline said.

'See you later Marceline.' Jake said as the two of them left her cave. Once they had exited, they took a good, long look at the world around them. It was dark out now and even with it being harder to see they could still see many things that they only now realized were aftermath of the Mushroom Wars.

'…I don't think we should play Beemo's game anymore.'

So did you guys like it? It probably wasn't that great, I was just thinking about the Mushroom Wars and wanted to know more about them. I want to make this a two-shot but I need ideas for it. So if you guys liked it leave reviews with your ideas of what I should include next, or what you guys think happened with the Mushroom Wars.