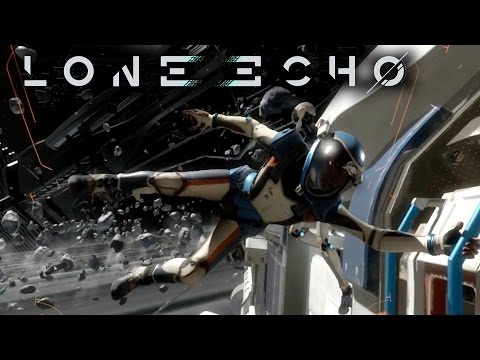 It's been over two years since Lone Echo came out but even now it's still riding high in the Top Selling section of the Oculus store. There's good reason for this of course, the quality of this title is at times breathtaking, with the kind of AAA polish that easily makes this one of the best looking, most immersive VR games I've ever played.It's a lot slower and much shorter in length than the epic Asgard's Wrath, which featured on, but the smaller size doesn't lessen the impact one bit. Clambering around the interior of the Kronos II mining station in zero-g feels magnificent. I played seated (there are standing and room scale options) and was easily able to propel myself around the detailed locations by physically grabbing onto the scenery.Having such an effortless and immersive control scheme like this, where you're literally always interacting with the environment, made it so easy to lose myself in the experience. Combined with strength of the writing and voice acting, this made Lone Echo one of the most believable VR locations I've ever inhabited.Subtle details like scuff marks on shiny metal or the way Captain Rhodes moves her head out of the way if you lean in too close to her really bring this game to life.