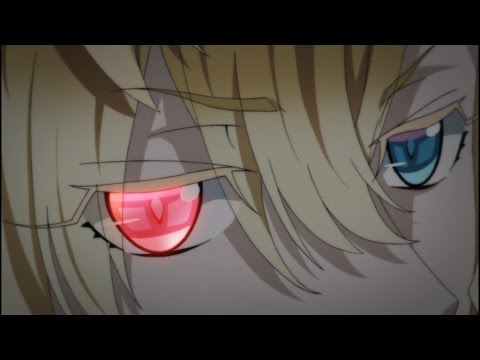 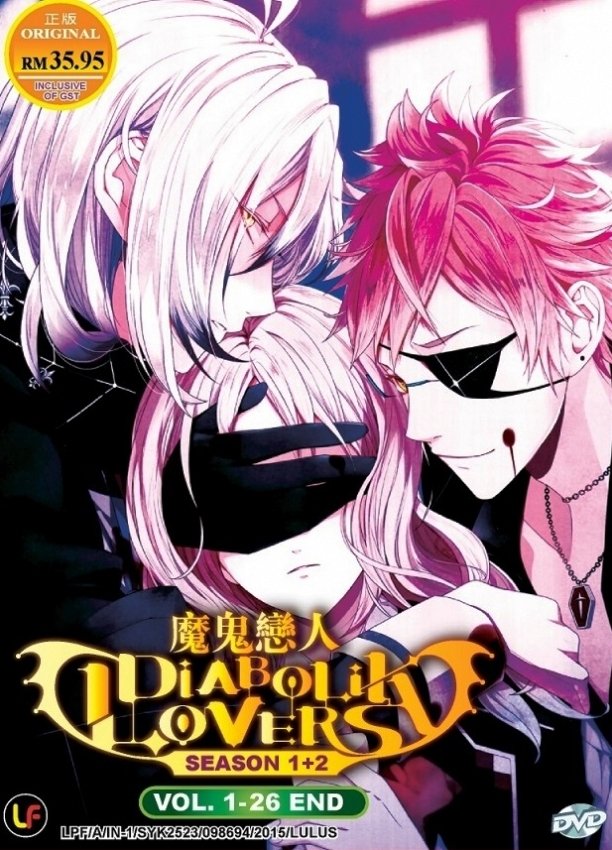 Full review here:Attempted short, rant version: I've watched the original run of Diabolik Lovers and I hated it. Mostly because the plot cared less for characterizing the family or setting and more for biting scenes that felt very, very icky.A terrible series that exists specifically to show a young girl get victimized over and over again, Diabolik Lovers was painfully hard to get through, until the very end where the main character Yui attempts to sacrifice herself so the vampires who viewed her as both a source of food and a plaything can live, a reveal that made my mouth drop open in disbelief and laugh with how unbelievable this was.More Blood builds off from the original series, but that almost feels generous. To put it bluntly: Nothing fucking happens. There's barely any plot as it slooowly inches towards anything vaguely substantial, and it bends over backwards to not reveal ANYTHING. I'm sure it does, eventually. I wouldn't know because the first 2 episodes did that poor of a job giving me any reason to continue. Theres a scene where the new vampire family attacks the current one and their dialogue is completely muted. In a real show that actually tries to build intrigue, that could have been interesting, but More Blood thinks having no plot to speak of in the meantime will make things interesting.What really surprises me is how little substance is here this time around. The new vampire house is the same as the original: Gothic overly fancy generic mansion thats big and full of assholes. At least it looks nice, but see one fancy hallway/bedroom/living room you've seen them all here. As I mentioned before, the plot is in no hurry establishing anything whatsoever, and Yui only gets bit once. I bring this up specifically because I believe watching vampires prey on a helpless unwitting girl is Diabolik's attempt at titillation towards an enjoying fanbase that should be on a government watch list or two. To borrow a phrase from the video above: Diabolik Lovers was rape-ier than Rapeman, and with how often it happened it made things uncomfortable.More Blood backs off from that creepy angle, and hard. Whenever Yui was going to get bit, something happens and everyone backs off. As glad as I am that Diabolik More Blood wasn't going to fill its runtime with these creeptastic bite scenes like last time, it then doesn't replace it with..anything. As a result, in these first few episodes there's barely any attempt at establishing anything, and it feels like 24 minutes of nothing.Again, I didn't finish it. Again, I don't want to finish it, because the series either fails at basic storytelling that makes me even slightly interested in continuing, or deliberately choosed to have nothing within it except a young girl with no self preservation instincts to speak of constantly surrounded by predators. and be really, REALLY boring.If you're unfamiliar with the series and were curious, stay far away. If you're a fan of the series you are welcomed to chastize me for condemning this series without finishing it, or use the PSP games to somehow prove me wrong about the bland puff of hot air masquerading as a plot to an anime.You are also welcomed to fuck right off. Because I won't care. Diabolik Lovers More Blood is terrible, and if you disagree with it you're a terrible person with terrible tastes. Take a good, long hard look at yourself and the choises you made leading you to be the person you are who defends this mediocre garbage.Oh, and have a nice day. Killzone: Mercenary is a first-person shooter, designed from the ground up for the PlayStation Vita. It was developed by Guerrilla Cambridge. Additionally, It is the second hand-held title in the Killzone Series, and fifth overall. It was originally announced at E3 2012, and was released on September 4th in the EU, and September 10th in the US. Taking place throughout key events and locations of the first three installments of the Killzone franchise, Mercenary follows the story of Arran Danner, a mercenary hired by the ISA. Mercenary was met with positive critical reception for its quality as a portable-console first person shooter. Praise was given to the game's controls and visuals, while criticism was aimed at its story and campaign length.

First, you need to like reverse harem animes. If you don't like multiple bishonens and one stereotypically flat-chested girl, then move along. You still here? Ok, let's break this down. Story-wise, this is a mess. Some things make sense, but a lot of the time stuff is just said or done without any rhyme or reason. Like, how does she not become anemic by day 3 with all of them just randomly biting her whenever they feel like it? There are also situations (the effing school for one) that are brought up and then unceremoniously dropped. It's like the writer wanted to emulate Vampire Knight for just 3 scenes. There's also the whole 'mother' thing, how does someone known in politics have 3 wives and no one comments? The animation is quite lovely. It's pretty average for the animation the past few years, and it's not unique. So, it gets a 7 overall. I liked the opening theme. It definitely defines the male characters. The end theme wasn't very remarkable, though.And here we come to the lousiest part of this anime. Usually, with a reverse harem, you like the male counterparts; you cheer for your favorite to win the girl's affections. Not this anime. When the boys were introduced, I relabled them: iPod, Butler, Pancake, Bitch-san, Crazy face, and Subaru. They remained these names for the rest of the anime. Because I cared for none of them. They had little to no redeeming qualities, treated the girl like crap, and just came off as creepy bastards. Overall, this was a meh anime, even by reverse harem standards.