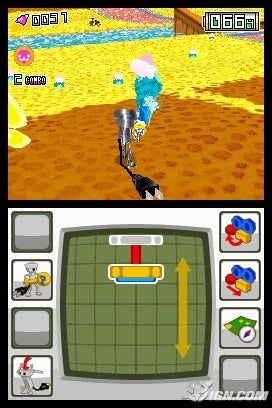 See Main Article; In Park Patrol, Chibi-Robo is the main character.He is a new model of the series known as the 'Blooming Chibi-Robo'. Unlike the original model, this Chibi is designed to solve the world's problem of pollution by restoring run-down parks by planting flowers one at a time. Captain Planet would be proud. Whereas the first Chibi-Robo - one of the last truly great GameCube games - saw the mute robot reunite a broken family while tidying up their home, this sequel is set in the great outdoors and has an anti-pollution.

Is available now! Journey through First time 3DS owners, make sure to check out our and/r/3DS Rules:.Keep things civil and on-topic.Threads should be directly related to the 3DS and its accessories. Comments should be on-topic with the thread in which it is posted.

All posts should be civil and follow Reddiquette.No basic questions or those covered in the wiki.Questions which can be quickly answered via a Google search or those which have been addressed in the wiki must be directed to the Weekly Question Thread. This includes game recommendations and tech support topics.Threads must follow content guidelines.No NSFW content, low-effort posts, vague or misleading titles, reposts, image only, or friend code / request posts.No spoilers in post titles.Posts with spoilers in the title will be removed. If your comment contains a spoiler, hide it using: !This is a spoiler.!!Mario saves Peach.!

Found Zip Lash at Toys R Us for cheap and bought, while found Park Patrol at a convention. Played one level of Zip Lash and didn't enjoy it.

Meh graphics, boring gameplay, it felt generic in a sea of platformers on 3DS. Played Park Patrol and was very impressed and hooked.

Pretty graphics for a 3D DS game ( some of the best I might argue), interesting characters to talk to, a small sandbox to explore and a goal I cared about. While controls may take some getting used to (pretty much like Uprising with the D-Pad, L button and stylus, with the other buttons for left handed people), the game used the touch screen pretty well and the 3D movement isn't as unatural as going from Mario 64 to 64 DS. Unfortunately, poor marketing and making the game a Walmart exclusive in the US made the game destined to fail.It's a shame as the Chibi Robo series tried different things without really sticking to the formula. Heard the Japan-only DS one and the GameCube are the closest to being similar, but it's a shame that Zip Lash turned out the way it did. Thankfully, the DS one received a fan translation for any interested in the 'true' sequel to the GameCube one. Not only that, but they said in an interview that Zip Lash could be the final Chibi Robo, which really is a shame to end on a low note.

With pictures of few dead men on the ground and some little girl crying on the floor. Didn't enjoy the Photo Finder, but it could have been a bad demo.I may have not given Zip Lash a fair shake, so I may return to it one day. Having Chibi Robo in Smash Ultimate would not only be cool, but also may spark interest in the series like Kid Icarus and Fire Emblem. Hopefully, Chibi Robo will go back to its roots and sell well, but I'm not sure when that's going to happen. Maybe a remake of the first one like Luigi's Mansion on 3DS would be a good swansong, as they could use the Photo Finder engine and built from there. I played Park Patrol last year and loved it up to a point.

I loved the combination of Chibi-Robo's style with the sim gameplay, but after a point, it got REALLY grindy. Since you have to have certain characters active in order to resolve other character's stories, you can only have three active at once, and there's no way to 'force' characters to deactivate, it means doing a lot of park busywork to get certain combinations active. Not to mention that if you solve all their stories, all you can do is just grind planting flowers until the end of the game. I do really enjoy the sim gameplay and building a pretty park, but I feel like the best parts are all frontloaded and the end falls a bit flat.I actually liked Zip-Lash a lot, though? I enjoyed it more the later i got on. The game adds some fun level gimmicks in later, and I actually found myself surprised by how often I was saying, 'Hey, this is a neat gimmick!'

Things like levels where you have to throw bombs around, a '3-D' level where you explore the four sides of a castle, and a good old-fashioned minecart level all stick out in my mind. I also really like the collectables being real-world snacks, because when you turn them in you get factoids about their history, and I am a sucker for factoids.I still would love to see a true successor to GC Chibi-Robo, though. It's easily one of my top 5 favorites on the GameCube, and I'd love to see another adventure game with the same sense of exploration, and that 'looks cute but is secretly pretty dark and serious' story. There's a Switch game coming out. Eventually called Pikuniku that gives me Chibi-Robo vibes, but who knows when that's actually gonna release. I definitely feel bad for the Chibi-Robo franchise, but Zip Lash was just a bad way to go. 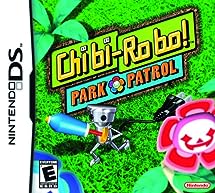 Seems odd that they'd make Chibi-Robo's last big push a super-generic platformer instead of something that really would've filled a niche in the system's library. Among all the other sidescrollers on the 3DS, Zip Lash looked and felt really uninspired. Probably would've been better to just remake one of the older games.Basically, on a handheld that already had New Super Mario Bros, Kirby, Donkey Kong Country, and Shovel Knight to choose from, what made Chibi Robo worth buying?.